The panoramic format has always appealed, not so much cropped 35mm. An XPan would be ideal, but I don’t have the spare (checks) €4000 or so necessary. What I DO have though is a box of parts SLRs, and a Dremel.

This was in part driven by an enthusiastic reading of Kudelka’s Chaos, which led me down the 35mm Panorama rabbit hole for a bit. 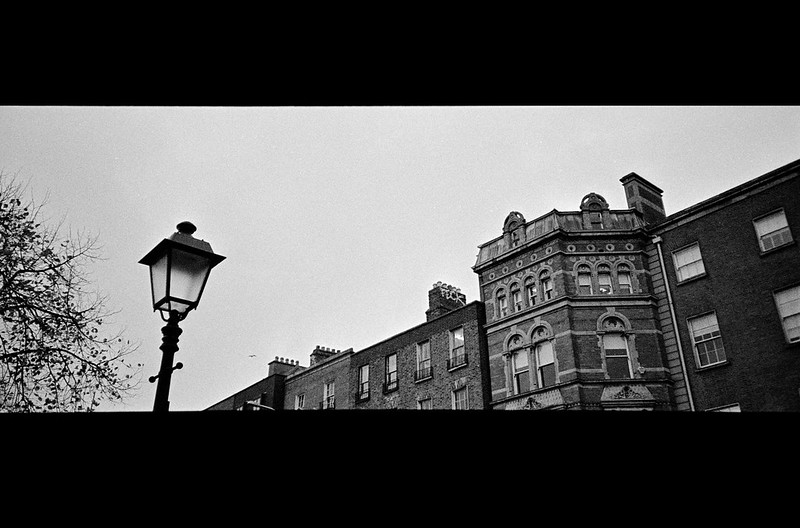 I did want to up the game a notch with a full frame uncropped 35mm Panorama camera somehow.

I must add though, this is not an original idea. Many have gone before, i.e. the FauxPAN amongst others.

So, dragged out an unfortunate TL Electro from my parts box, and got to work. This is what a TL Electro looks like, eh, normally (courtesy Alf Sigaro on flickr)

First thing was to take off the top, bottom, rip out the mirror box, shutter, prism, metering, basically everything except for the film advance and body. This was the fun bit.

Two full advances of the film advance lever advance the film by one frame.

Next, the film gate was milled out. How far depends entirely on how the camera is put together, the TL Electro you can effectively widen out to 60mm once the shutter curtains and rollers are gone. 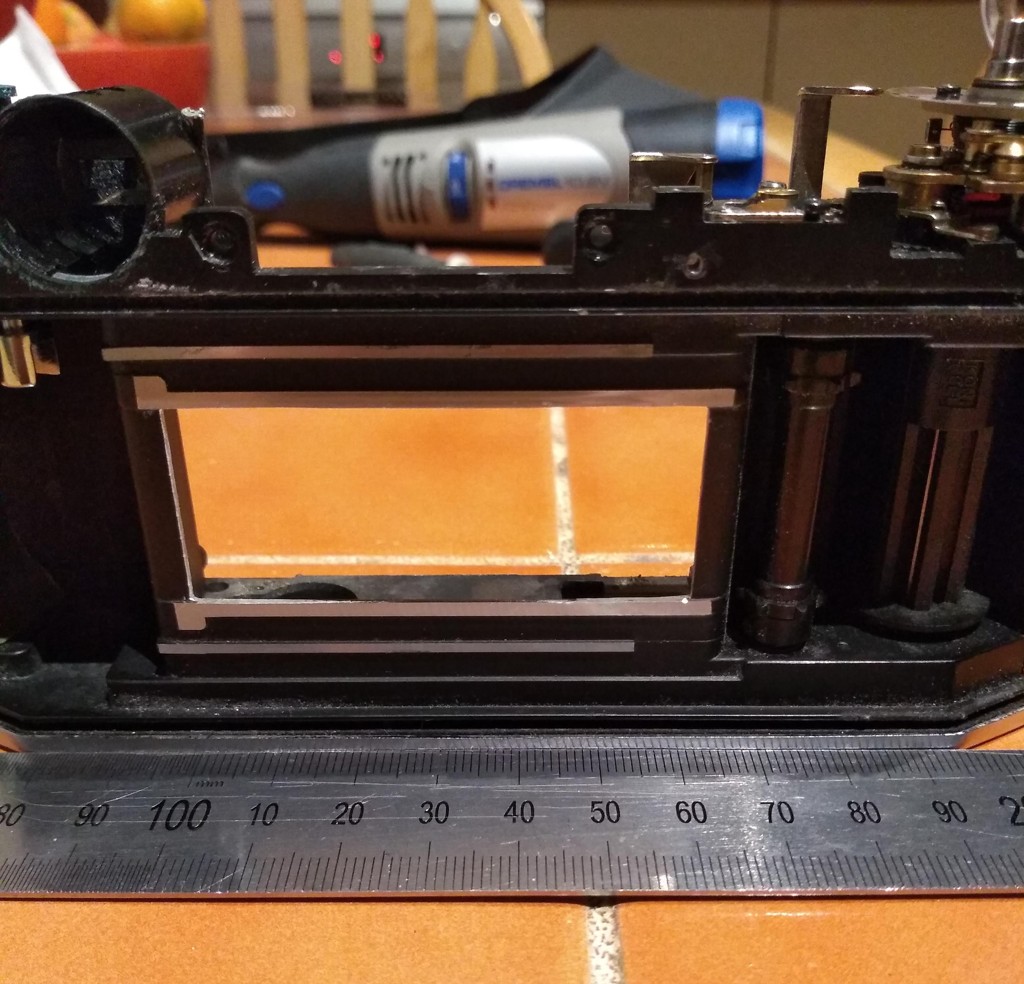 Next up, the top plate had to be somehow stitched back together with some brass, and something fabricated for the front plate (once the M42 mount is gone). This was all designed around a 65mm focusing helical, with a Copal 0 adapter from RafCamera. 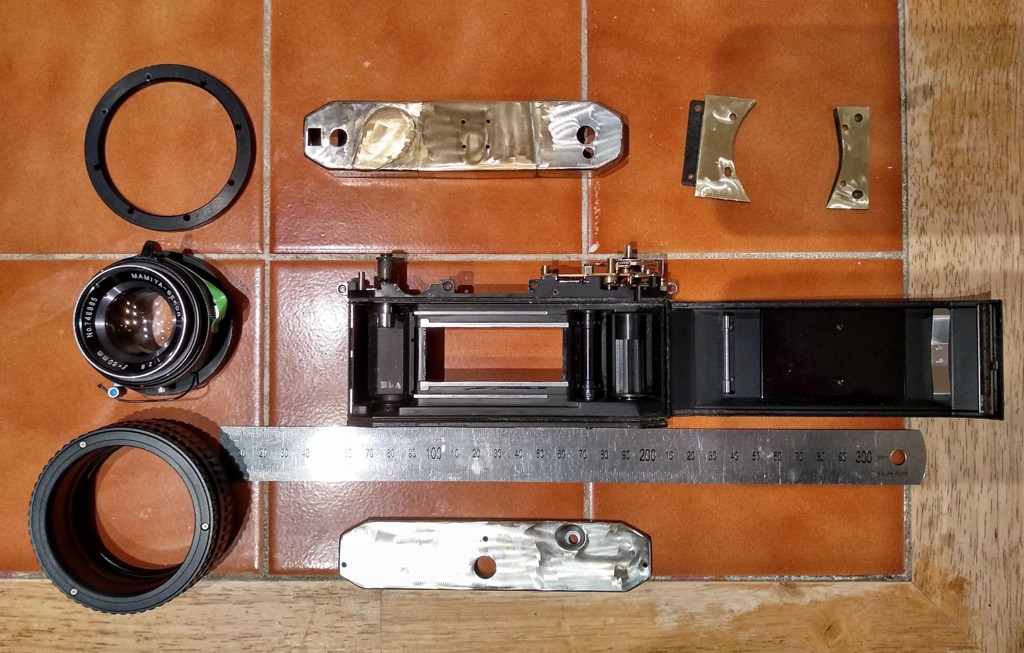 In the shot above the top plate has been assembled, and the chrome stripped back to brass in preparation for painting. Lens mounted on the adapter is an 80mm viewing lens from a Mamiya TLR. 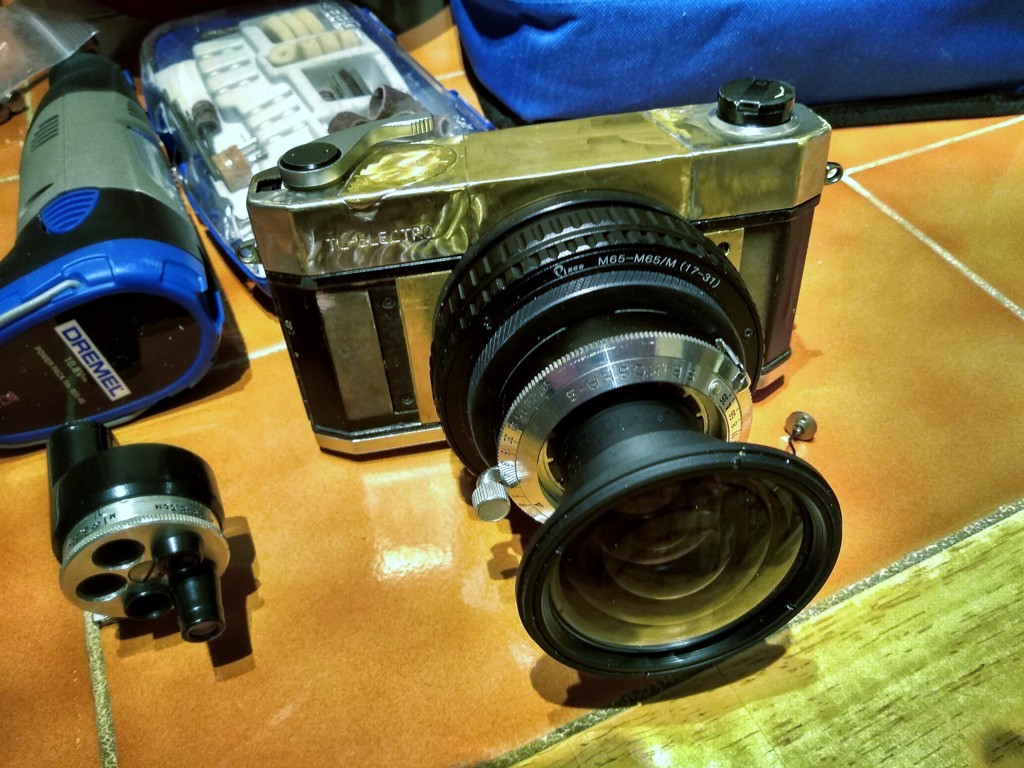 Originally, as above, the idea was to mount the elements from a Bronica PS 50mm onto the shutter. All Bronica PS lenses mount neatly onto Copal 0 shutters, making them convenient for these kinds of mods. It does, however, stick out in a rather ungainly fashion. I was concerned about it getting damaged, so ultimately ended up mounting the Mamiya 80mm for initial checks and shooting until I devise some sort of plan to protect the 50mm.

With the 80mm mounted, the helical had to be dialled in with a distance scale. 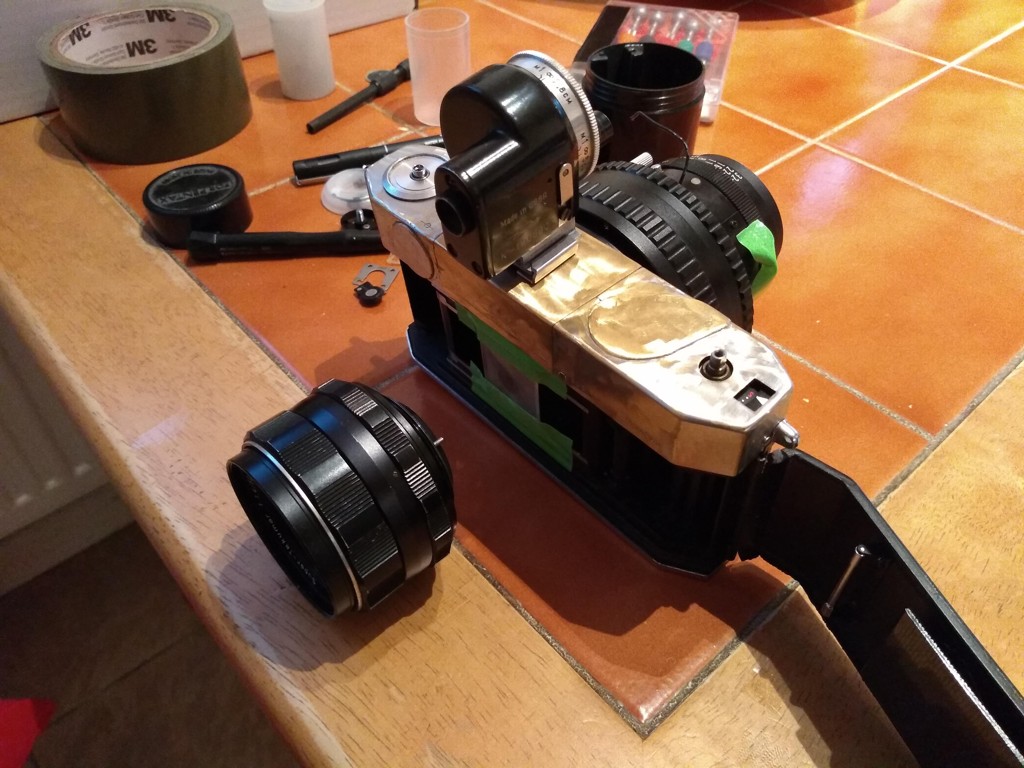 Ultimately, going out and about, the 35mm viewfinder from a russian turret VF matched the 80mm reasonably well, though without masking the framing is a bit haphazard. 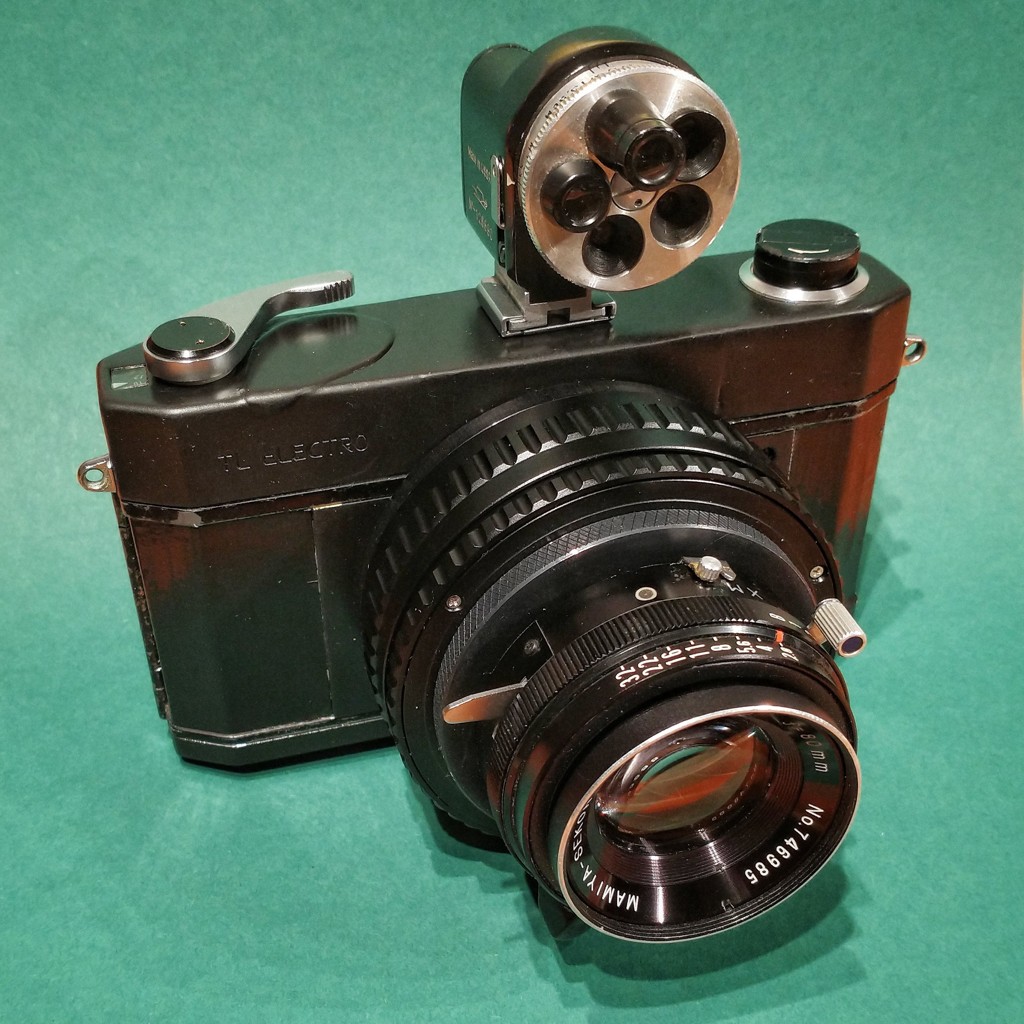 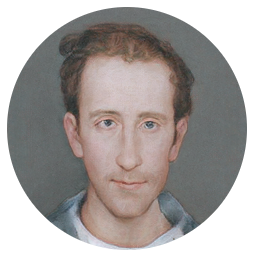